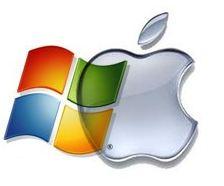 We wanted to get a fresh opinion on the age old Mac vs. PC debate so we took the task to the great people at Amazon Mechanical Turk. Being web designers, we posed the question specifically with graphic and web design in mind. This is what we asked.

What’s better for web/graphic design, Mac or PC? Why?

Short and sweet right? We got a total of 32 answers to our question before the project expired. Two of those answers were useless. Out of the 30 people, 13 chose PC while the other 17 people recommended a Mac for graphic design.

If you’re interested in why each person preferred one machine over the other, continue reading below. Other than fixing a few spelling errors, these responses were left intact as the author submitted them to us.

PC is better for graphic design, I’m a graphic designer and know the reasons. PC has a variety of options, specs, quality, prices, and vendors while a Mac has limited options, is much more expensive, repairing a Mac is more expensive and there’s only one vendor. Macs use a subset PC hardware so technically items like the graphics card are the same on both PC and Mac. I’ve used both PC and Mac for graphic design while at the university and there’s not really much difference, I got the work done and did well.

PC. Many more options/ programs available for help, not very familiar with Mac but it was more difficult to use.

PC is better than MAC, because anyone can easily learn about anything in PC but MAC has some difficulty. And also PC is user-friendly.

PC, I have used PC and found most software compatible with it.

PC. You have all the abilities and applications to design websites or graphics just as well as the Mac, without all the pretentiousness.

PCs, they can do everything a Mac can, and are cheaper.

PC, because MACS are

Although Mac has a better graphics board, I find a PC easier to work with. It allows me to work with basic programs and commands are easy.

The PC is, in my opinion, better. I believe they’re near equal since the vast majority of software can be run on both, but PC’s are less expensive. Most people I know would choose the Mac as they believe Macs are more for graphic & media work while PC’s are meant for more traditional work. Were I to make a website I would use the Adobe suite and as such could be equally happy on either system.

PC because it is easily accessible.

For web/graphic design the PC is better…because if using advanced techniques and web search, it’s faster and better.

I prefer a PC for its broad availability here (nearly every business I had contact with has one – except some small, expensive web designers and big newspapers) and mostly its initial purchase-price & cheap parts. I have been working nearly exclusively with PCs in the graphic industry (sign-making, magazine-layout, several books and pamphlets, webdesign private & business) for the last 15 years or so. Most data I have to work with still comes from Windows 2000/XP-computers – no sense to change the platform at this point. But I have worked on Macs too for some time (paralell!). I like the “smooth feeling” as they sometimes seem to react “quicker” than PCs (although they don’t) and the overall looks of them.

PC. Because it has a large suite of software which can be used for web design. Most of these programs are not available on MAC.

And here is what people who preferred Macs had to say:

Mac, because of its software and apps.

MAC, because it does not freeze.

Mac, they have better software for artists.

Mac. No viruses. More stability. In fact, Photoshop was conceived for Mac first and then it came out for PC.

I’ve had friends that have degrees in graphic design from Troy University. The computer labs that these people use is full of Macs. These people have produced some good work, so i’m going to lean with Mac.

Mac. It has a rich ecosystem of designers and software developed for them. From the earliest days Apple was concerned about graphic arts, e.g., shipping the first WYSIWYG word processing with laser printer; the first color stable graphics system, etc.

I guess Mac. I heard from a very trustworthy friend of mine that Mac has always had better graphic design programs. Personally, I am not acquainted with Mac but i am planning in the near future to buy one!

Mac is more reliable and I find Dreamweaver easier to use on a Mac than PC, its more smoother, or maybe thats just my computer. I prefer Macs. I’ve seen my friend make really cool web-sites on a web designing software, I forget what its called, but it has many more options then the software I’ve seen on PC’s.

Mac is the best one for Web/Graphic Design, because

A Mac is a much better platform for web and graphic design. As a graphic designer myself using both PC and Mac, it is clear in terms of speed and organization that a Mac is the superior choice. More art programs are quicker and more equipped on Macs, and PC’s are blown out of the water when it comes to acceptance in the community. File management is much simpler on Macs as well. They are the clear choice.

Mac. In my opinion, it runs the major design software platforms more quickly and smoother. Also, their monitors are known for their true color display.

Mac. On comparing Mac has fewer issues during operation and also the color accuracy is great compared to PC.

What do we think?

We use PC’s here in our office, but have nothing against Macs. Whatever machine helps you get the job done to the best of your abilities is the right machine for you!

68 thoughts on “Mac vs PC For Graphic Designers”